Hailed as a fascinating and unique book, this is the first in-depth study of its kind comparing the ancient Bön religion with the Siberian shamanic tradition of Lake Baikal. Combining scholarly research with spiritual insight and with over 200 illustrations, maps and diagrams, the information is presented in a clear and lively way, enabling the reader to navigate easily through the various topics dealt with and to follow the threads of the intricate tapestry woven as the parallels between the ancient shamanic traditions of Tibet and Siberia unfold.


However, it goes much further than usual research in comparative religion can; while Bө and Bön stands up to academic scrutiny, it is written from the perspective of ‘an insider’ and the author draws on his many years of experience in both Yungdrung Bön and the Bө Murgel tradition of Buryatia to bring this subject to life and help us unlock some hidden aspects of both belief systems.


Here the reader can gain insight into many aspects of these two as yet little-known traditions, such as their mythology, cosmology, rituals, and the gods and spirits which inhabit their worlds. Complex issues like the soul and the after-life are dealt with in detail, along with techniques and views of healing and magic, and concepts underlying the custom of blood sacrifice. Thorough studies of the pantheons of both belief systems reveal striking parallels not only between the deities of Bön and Bө Murgel, but also with those of other ancient Eurasian traditions and peoples such as the Indo-Iranian Aryans and Ancient Greeks. This brings us to a larger phenomenon – an Ur-religion of Eurasia. The author fills the reader in on the history of Central and Inner Asia and its peoples, painting a historical backdrop against which the development, migration and possible overlapping of Bө and Bön can easily be traced.


The author clearly defines the different types of Bön and points out how Yungdrung Bön – the teachings of the Central Asian Buddha Tönpa Shenrab Miwo – can be distinguished from them. He also shows the extent to which Bönpo culture is present within Tibetan Buddhism, emphasizing the need to keep an open and non-sectarian attitude, as both Tibetan Buddhism and Yungdrung Bön stem from the teachings of a Buddha, albeit different ones.


This book contains hitherto unpublished interviews with Yongdzin Lopön Tenzin Namdak Rinpoche and Khenpo Tenpa Yungdrung, excerpts from their teachings and presentations given especially for this publication as well as detailed analyses of offering rituals and ransom rites. It is richly illustrated with pictures of Bön deities and masters, and original photos of many rituals. It also contains interviews with Bө and Utgan priests and priestesses in Siberia together with diary excerpts – including an eye-witness account of an initiation ritual – and photos from the author’s trips in the heartland of the Mongol-Buryats. The costume and ritual implements of a Buryatian Bө priest are dealt with in detail, the paramount importance of the transmission lineages is highlighted, and a list of the major deities of Bө Murgel is given.


Having thus examined both religions from many angles, the author takes a critical look at the misconceptions surrounding Bön, shamanism and the figure of the shaman in general to shed light on some of the distinctions between Yungdrung Bön and the Bө Murgel tradition of Buryatia, clearly showing the point at which similarities end.
Well-written and well researched, Bө and Bön will appeal to scholars and practitioners alike, as well as to all those of an open and inquisitive mind with a general interest in Tibetan and Siberian spirituality. As Charles Ramble, Lecturer in Tibetan and Himalayan Studies, Oxford University, says, “This fascinating and provocative book is sure to stimulate interest and debate concerning the religious heritage of Inner Asia”.

Yungdrung Bön may well be the world’s most ancient organized religion still practised today. With its origins stretching back to the Central Asian Buddha Tonpa Shenrab (born 16017 BC), it has come to us through the ages, passed from Master to disciple in an unbroken lineage of transmission…

The swastika has been used as a symbol of good luck, happiness and truth by very diverse cultures in many locations all over the globe since prehistory. Today it can still be seen throughout Asia as a symbol of general good luck…

Multimedia presentations and documentaries on Bonpo religion, culture and history

The exact meaning of ‘shamanism’ still remains unclear to many,
as does the exact meaning of ‘Bön’, so this book could be of great
benefi t, helping the reader to gain a clear understanding of the
relationships between Yungdrung Bön and shamanic traditions. By
studying Bө & Bön, even though many parallels may be apparent,
one will be able to clearly distinguish the fundamental differences in
the origin, practices and goals of these ancient religions. This book
can be equally useful for practitioners and scholars of Bön, Tibetan
Buddhism and shamanism alike.

Many writers have sought to establish a link between the Bön religion of Tibet and the shamanic traditions of Siberia. These attempts are largely unsystematic and piecemeal, and the results have been unconvincing. This remarkable book is the most thorough attempt to date to explore these connections. On the basis of wide-ranging scholarship as well as a long and close association with the most eminent exponents of the traditions he explores, the author presents the richness of Tibetan Bön and Buryatian Bө Murgel, discerning beneath the distinctive features of these systems a matrix of beliefs and practices in which they have their origins. Written from an “emic” perspective of sympathy with the tenets of Bön and Bө Murgel, this fascinating and provocative book is sure to stimulate interest and
debate concerning the religious heritage of Inner Asia.

It is rare to find a book like this. Most comparative studies books show the author knows a great deal about one subject and not so much about the other. However, not only does Dmitry Ermakov know both intimately well, but he has produced a work that is remarkably free from the usual dry, pseudo-ethno/anthropological academic approach (which keeps the reader at arms length from the topic) and he has also rescued Shamanism from the sloppy New Age brigade who have hijacked the term for their own ends.
This is a really impressive work that gets inside the mind-sets of both types of practitioners of the ancient religions of Bön and Bө Murgel. Normally you have to dig very deep (or know several languages) to find little nuggets of information like those found here and on finishing the book you feel like we have only just begun to explore the real history of religions and even our civilization. The ancient Eurasian roots of mankind make for fascinating reading… 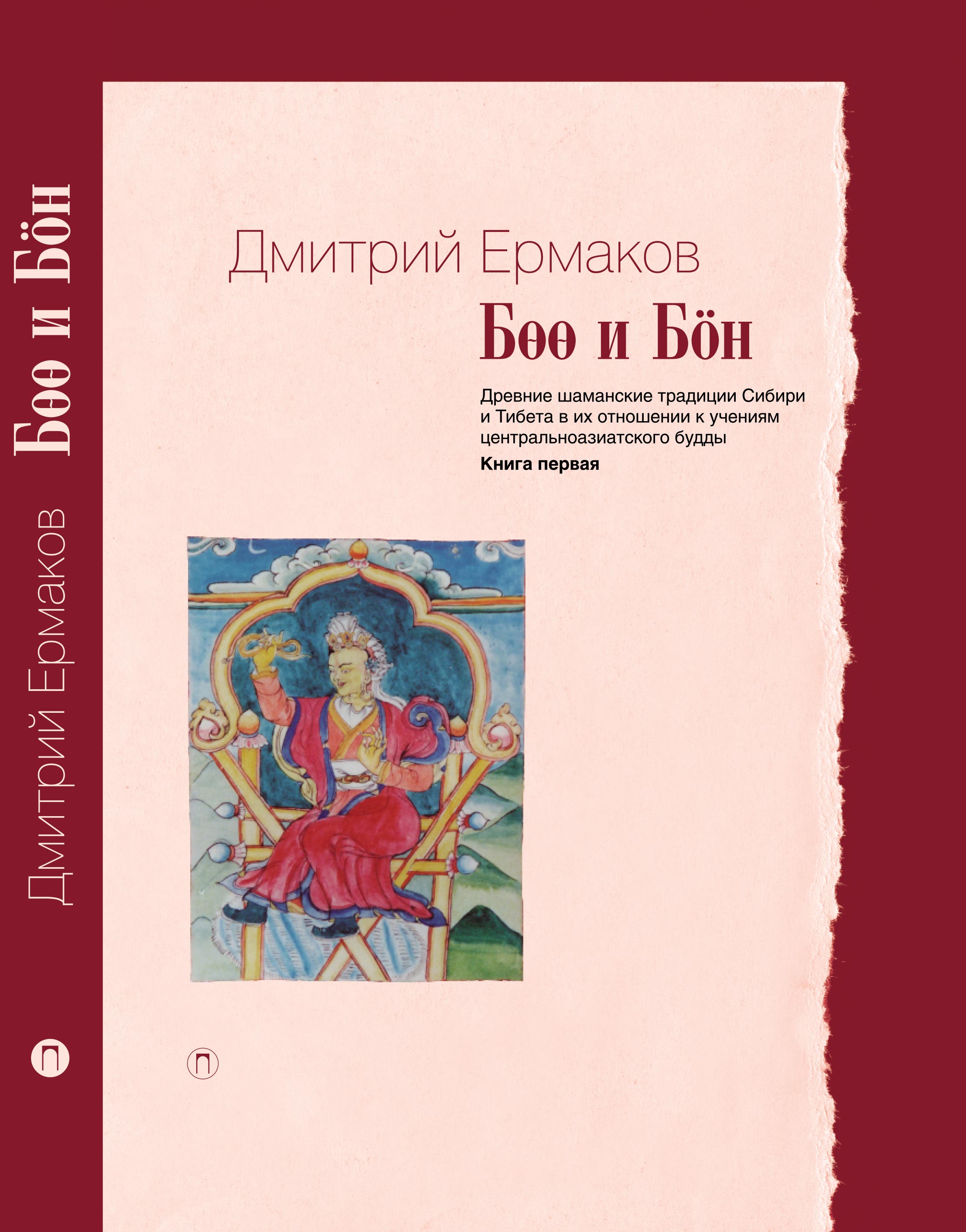 Russian Edition is in the shops

First volume of the Russian Edition of Bө & Bön is in the shops now! Russian Language website is up and running, too. 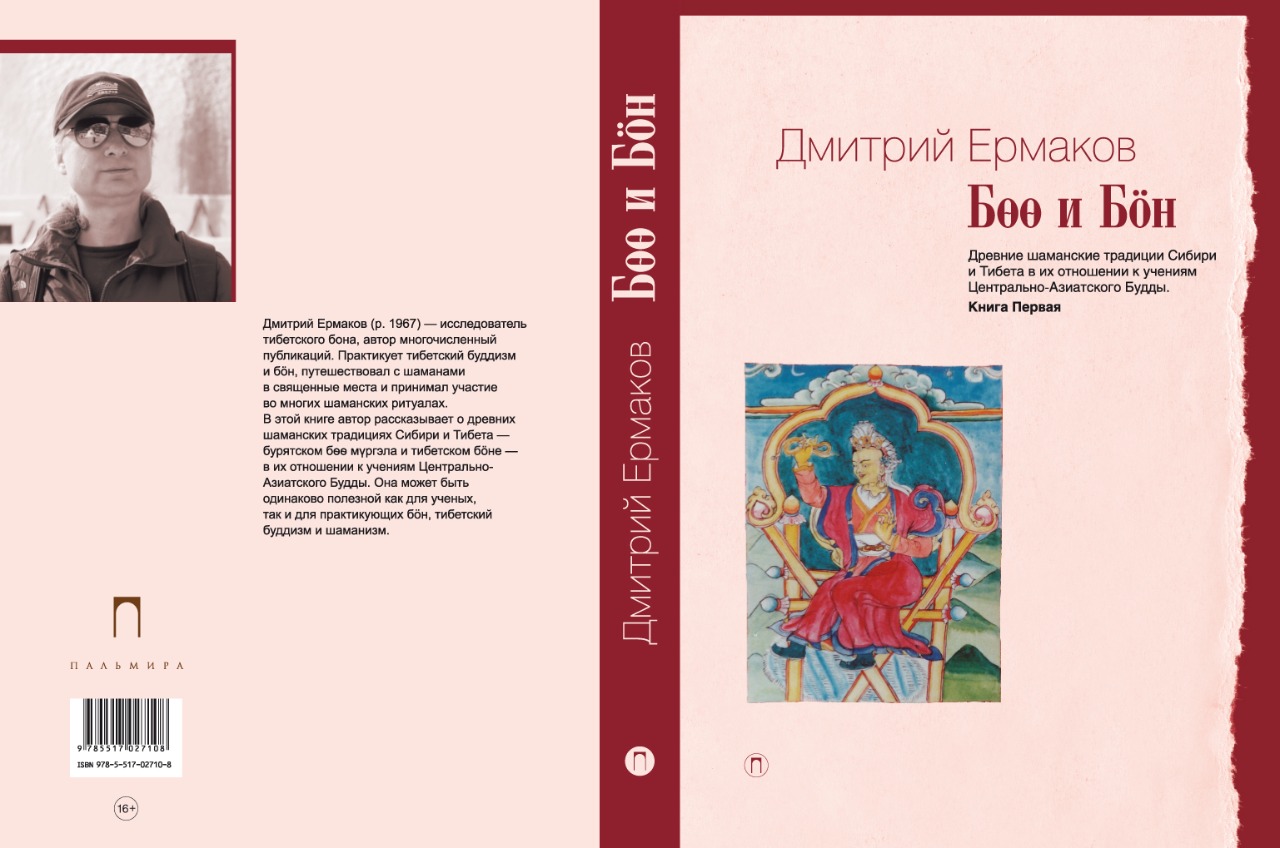 We are happy to announce that the First Volume has now been published by T8 Palmira-University and is on its way to the shops! We expect it to reach on-line retailers in the next couple of weeks.